The Fourteenth Arab Structural Engineering Conference (ASEC 14) will be held by The University of Jordan for Science and Technology, Irbid, Jordan during the period of April 12 to 15, 2018.

The Structural Engineering Department has started the series of this conference in April, 1985 to provide a scientific forum for Arab researchers and engineers to meet for presenting and discussing their recent research results and applications in the field of structural engineering. The conference was held thereafter every two or three years in an Arab Country. It was held three times in Egypt in 1985, 1991 and 2000; and held twice in each of the United Arab Emirates in 1989 and 2003, Libya in 1993 and 2011, and Kuwait in 1997 and 2006. It was also held for once in each of Jordan in 1987, Syria in 1995, Saudi Arabia in 2009, and Algeria in 2015. 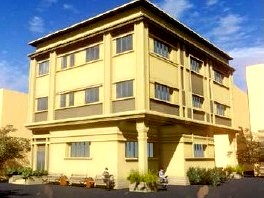 The adopted innovative technology was developed through funding from the Science and Technology Development Fund, and both Cairo University and Faculty of Engineering.

Egyptian Team: the Principal Investigator was Prof. Dr. Metwally Hasan Abou-Hamd, Structural Engineering Department, Faculty of Engineering, Cairo University and the work team includes professors from the faculty and the Housing and Building National Research Center, as well as professors from universities of Johns Hopkins and Virginia Tech in the United States.

The cost of construction is less than that of traditional construction by more than 20%, in addition to the advantages of speed and ease of installation, and the possibility of recycling and sustainability. The building – as an example of an innovative and practical idea of research – was funded, developed and implemented in reality, and can help in solving the housing problem.